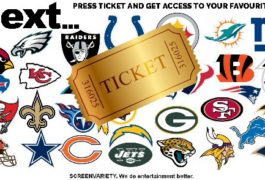 The third week of the exhibition slate is typically the “dress rehearsal” game where the starters see the most playing time before shutting things down ahead of the regular season opener.

Giants head coach Pat Shurmur continues to guard his plans on who will play and how long they’ll play, particularly at quarterback. We could see all four quarterbacks again, or the game could simply be split between Eli Manning and rookie first-round pick Daniel Jones.

On the running back front, it seems unlikely that Saquon Barkley would suit up before week one in Dallas.

Cornerbacks DeAndre Baker (knee), Sam Beal (hamstring) and Antonio Hamilton (groin) are all nursing injuries and may not play, but Baker did return to practice on Monday.

On Cincinnati’s side, Andy Dalton and the other 21 starters on both sides of the ball will play the entire first half, noted Cincy Jungle. Once the third quarter begins, expect to see fourth-round pick Ryan Finley in at quarterback.

Meanwhile, starting left tackle Cordy Glenn won’t suit up for the Bengals. His backup, Andre Smith, will take his spot on the first team offensive line.

Here’s what you need to know:

Who: Giants at Bengals